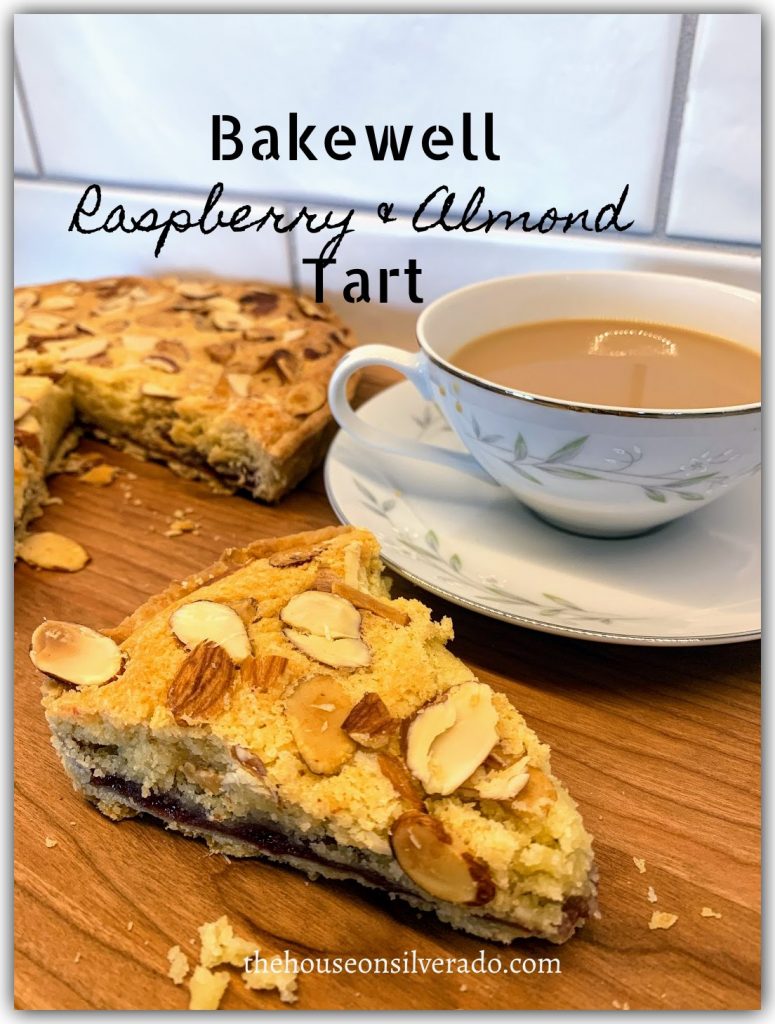 This Raspberry & Almond Bakewell Tart from The Great British Baking Show is the perfect sweet treat to make for someone you love. Or just for yourself, because self-care is important. 🤣

Last week, we had a “big-ish” snow storm. It started snowing mid morning, and by late that night, we had around 8 inches.

I was still home on winter break, but my husband had to work. I knew he’d have a rough commute home, so I decided to bake him a surprise. He had the next 5 days off, so I wanted him to have a sweet treat to enjoy with his morning coffee while he was on vacation.

Plus, baking just seemed like a relaxing way to spend part of my day while I watched it snow.

Anyone else always get inspired to bake on snowy days? For me, I think it goes back to snow days when my kids were small and home with me. I loved baking them a batch of warm cookies to eat after they came in from playing in the snow. 💕☃️❄️

The past few weeks, I’ve been hooked on The Great British Baking Show on Netflix. I recently read a news article that talked about how many people have turned to baking this year as a way to ease anxiety and fill some of the extra time spent at home. The article also stated that baking-related shows have become extra popular, as they provide a calming, relaxing, and stress-free viewing experience.

I can whole-heartedly relate to this! I have enjoyed creating many new recipes during these past months with more at-home time, refining my skills, and learning new techniques. The Great British Baking Show has provided some fun inspiration, new learning, and a way to close tabs in my brain when I can’t stop worrying.

Lucky me, my sweet daughter and her husband got me one of the GBBS cookbooks for Christmas, and Santa brought me another! I’ve already made a few of the recipes from the show and cookbooks, and this tart is the first I’m ready to share with you!

Since the cookbooks are written with UK baking measurements, I’ve had to practice my conversion skills before I could bake! Also, some of the ingredients used in the British recipes are not readily available here in the States, so I’ve substitued as appropriate.

As a result, I’ve made it easy for you to replicate the recipe yourself!

The Bakewell Tart is a classic British pastry made with jam and a sweet almond filling. I made my own jam with equal parts frozen raspberries and sugar, but you can take a shortcut and use a jar of raspberry jam if you prefer.

Making jam is easy, though. For this purpose, just bring 1/2 cup fresh or frozen raspberries and 1/2 cup white granualted sugur to a boil in a medium-sized pot. Lower the heat, and simmer, stirring the whole time, for 5-6 minutes, or until jam thickens to a jam-like consistency. It will thicken even more as it cools.

Cut the butter into the flour, sugar, and salt. Add the egg yolk (save the white for the filling) and the water, and mix until a dough is formed.

Roll the dough out until just slightly larger than a 9″ tart pan. Gently transfer to the pan and press into the edges of the tin.

While the crust cooks, mix together the ingredients for the almond filling. It will be a very thick batter.

Spread the cooled jam over the baked crust, and spread into an even layer.

Then add dollops of the almond filling batter over the top of the jam, and spread into a smooth even layer. Sprinkle with sliced almonds before returning to the oven to bake the filling.

Cool the baked tart in the tin until cool enough to handle. Then remove the tart pan, and cool on a wire rack.

I had this finished tart displayed on my cake stand to surprise my husband when he got home from work. ❤️

This is the perfect pastry to enjoy with a cup of coffee. 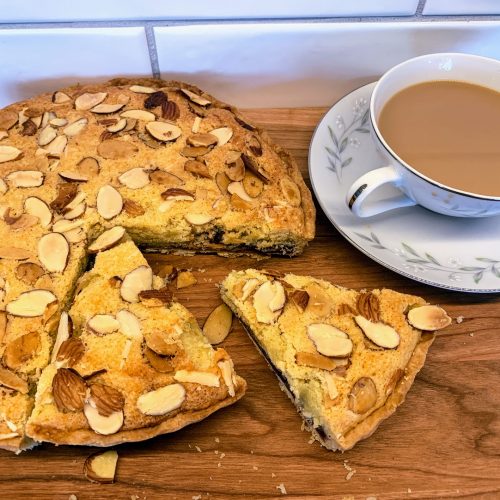 Keyword pastry
Tried this recipe?Let us know how it was!

Have you watched The Great British Baking Show? Have you tried any of the recipes! If so, I’d love to hear about it!

As they say on the show….”On your marks, get set, baaake!”

PS. I’d be so grateful if you’d follow me on social media and subscribe by entering your email in the box on this page! Then you won’t miss a thing from The House on Silverado.

The Great British Bake Off: Get Baking for Friends and Family 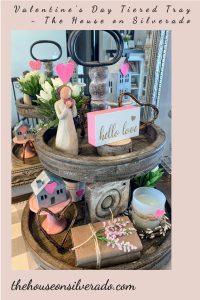 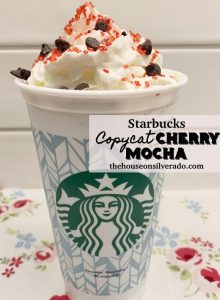 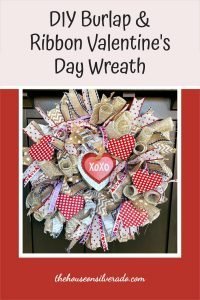 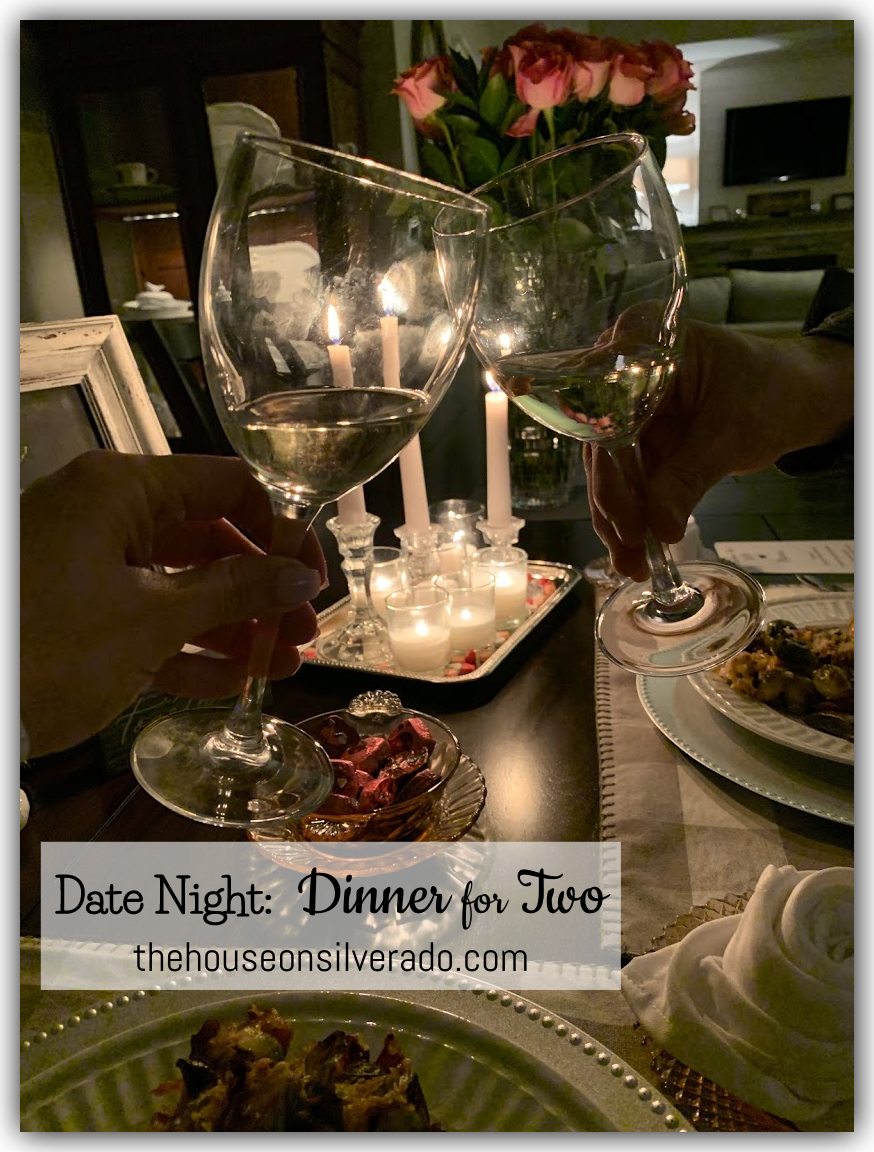